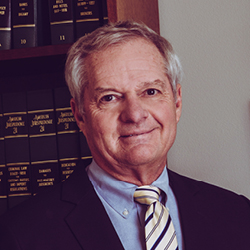 Mr. Skeen has been engaged in criminal prosecution and/or defense work for more than 35 years. He is a speaker for continued legal education topics. In 2007, obtained the first acquittal in a first degree murder case in Salt Lake County in twenty years. Featured in Discovery Channel episode, “Forensics, You Decide—Deadly Kiss.” He has been featured in articles in the Wall Street Journal, Denver Post, Salt Lake Tribune, Deseret News, CNN, The Star and other national magazines.

We offer a no-obligation consultation for you to discuss the details of your case openly. Use the online contact form or call 801-266-7414 to meet with the firm's highly qualified Utah criminal defense and malpractice attorneys. The firm is located in Salt Lake City at 5788 South 900 East, and represents clients in northern Utah. Our track record is evidence of our ability to produce positive results in high-pressure situations.